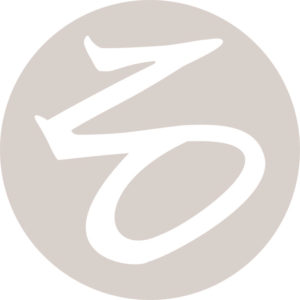 Sōsei is my Tea-name, which was given to me by Sen Sōshitsu, XV, of Urasenke, in 1976.  The word sō–sei, 宗清, sect; “sō” is a prefix that indicates that I am part of a group or family, like the ‘o’ of O’Brian: ‘sei’ means purity. Something to strive for. The word ‘study’ originally meant diligence, implying zeal. Delving into the etymology of a word leads to an endless chain, so that one must stop somewhere along the line. My apartment home is classified as a studio, which usually means one open room with various areas for various daily pursuits: sleeping, eating, entertainment, etc.  This sets aside a closed separate lockable space for private activities.

My studio apartment is the equivalent of a Japanese living space of four or five yojōhan, four and a half rooms, without the separating fusuma or shoji.  One is for the presentation of Chanoyu, which is approximately the size of an ample yojōhan. One, contiguous, area is for dining, which is primarily the place to prepare things for Tea presentations, a kind of mizuya. The adjoining kitchen is small, but highly useable with a pass-through. There are four ample closets, as this 25-story apartment house in Boston, was built in the 1960s, when people understood the value and need for closets.  One of my closets could accommodate a twin bed mattress, but serves well as a kind of kura, [Japanese] storehouse.

Closets are useful to put away things so that the Tearoom, which I have named Garandō, 伽蘭洞, Attend-orchid-cave, can stay relatively thing-free, except for those utensils, chadōgu, 茶道具, tea-way-tools, used to practice and present Chanoyu, 茶の湯, Tea’s Hot water. It’s not easy.  But, folding screens and a bookcase divide the areas, and help to unify the ‘rooms.’

My pursuits have focused on the arts since childhood. From around 2020, I held some internet talks about Chanoyu, which lead to the want and need for photographs to illustrate things and actions present in Tea. So, I had to produce them by myself, taking photographs of Tea utensils. My “artist’s sense” came into play, and a very modest cellphone, which I don’t use as a phone, has been invaluable. The images are immediate, without relying on film to be sent away to print.  No.  Never liked cameras, and dislike pictures of myself.

The time and efforts of friends and students Tanya Valentine and Anthony Crasso, my producers, have been the encouragement of my production. I write, and have written all of my life, but do not classify myself as a ‘writer’. As a teacher, I must know, and that lead to research, which lead me to fields that I never had never before associated with Tea. This includes mathematics, which have never been of interest to me. However, the magic and symbolism of numbers, have fascinated me over the past eighty years.

When it was advisable to stay indoors to not be affected by the “plague,” it allowed, forced me concentrate on the various aspects of Chanoyu, old and new. And so, Sōsei’s Studios came to full fruition. I must study and try to learn, which is a challenge for an aging brain, too easily forgetting.